It is perhaps somewhat inappropriate to find a word to describe Grace Jones, for the controversial icon has splattered norms that leave the world jaw-dropped.

Blurring the lines with her androgynous looks, Jones stormed out of nowhere and stole the limelight from everyone else. She’s truly an icon, unpredictable, but also a dangerous woman in Hollywood. Dubbed a “crazy woman” Jones made one of the most rambunctious TV appearances on Russell Harty’s talk show, where she crashed his show and slapped him to unleash her resentment, for he turned his back on her to interview another guest. A wow moment in Hollywood. That’s yet just a fabric of her many wild unprecedented Hollywood tapestry.

One would never have expected that Jones, the wild persona, was born into a religious family. As her bishop father went to the US with her mother to find work, Jones and her siblings were left in Jamaica in the care of their grandmother and an abusive step-grandfather. The intense upbringing nurtured not a timid girl but a savage, ‘the scary character comes from male authority within my religious family,’ she asserted. At the age of 13, joining her parents in New York, she finally released the unbridled rebellion in her – she went go-go dancing before enrolling in college. It’s apparently difficult to un-see Jones on the street, and not surprisingly her loudness grasped the attention of the model scout. That was it, she embarked on her modelling career.

Not long after, Jones’s statuesque body, flamboyant demeanor, and androgynous style took her to Paris where she shared an apartment with other top models and patronized the hippest club in town. Jones became a hot shot in the blink of an eye, being on four magazine covers in just three months – she’s really something. Beloved by prestigious fashion conglomerates, Jones joined the top exclusive fashion gang with the likes of Karl Lagerfeld and Pat Cleveland. That’s around the time she showed up almost naked – wearing nary a thing but a necklace made from strung bones – to a party of French politicians. This very big deal hit the headlines in town but to Jones, “it was no big deal”, she said. 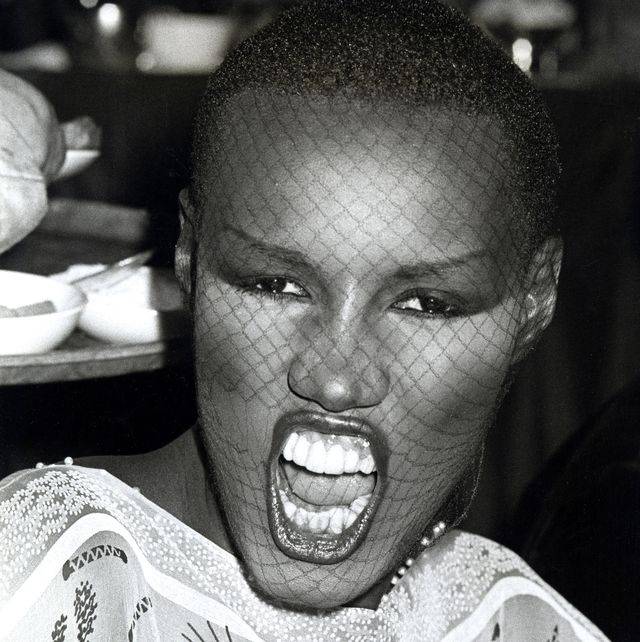 Jones has a voice, one which mesmerizes and allures. And in 1977 she signed with Island, a British record label. Her disco-infused debut album Portfolio did not hit the charts, yet her arousing sexual performances crowned her “Queen of the Gay Discos”. It took Jones three albums to stump into the mainstream, thanks to the era’s most provocative songs, Pull Up to the Bumper. Never anchored at one place, Jones flowed and experimented with her art. The album documents her evolution from disco to a mix of funk, reggae and new-wave rock.

Not only did Jones’ music genre transform, but also her appearance. On the cover of her well-known album Nightclubbing, Jones’s face and body were covered in maroon paint. Wearing nothing but an Armani blazer, Jones glared straight at the camera with her iconic flat-top hairstyle, radiating her unique glamor.

“I believe in individuality, that everybody is special, and it's up to them to find that quality and let it live.”

Same as her natural switch from modeling to singing, Jones shifted to acting following her musical success. After playing a role in Conan the Destroyer starring Arnold Schwarzenegger in 1984, she obtained more acting opportunities, and even starred in a James Bond film A View to a Kill. The character was very much like her, a Bond girl.

The well-acclaimed photographer Robert Mapplethorpe never missed a chance of capturing an iconic moment, and Jones, of course, was not left out in his collection. In the staggering portrait, her body is contoured in white paints – creating stark contrast to her dark skin. Clad in an exotic headdress and conical wire bra, Jones jumps out of her usual look into a voodoo doll. Marking one of the weirdest works of Mapplethorpe, the photograph emanates Jones’s ferocity, creativity and bizarreness. 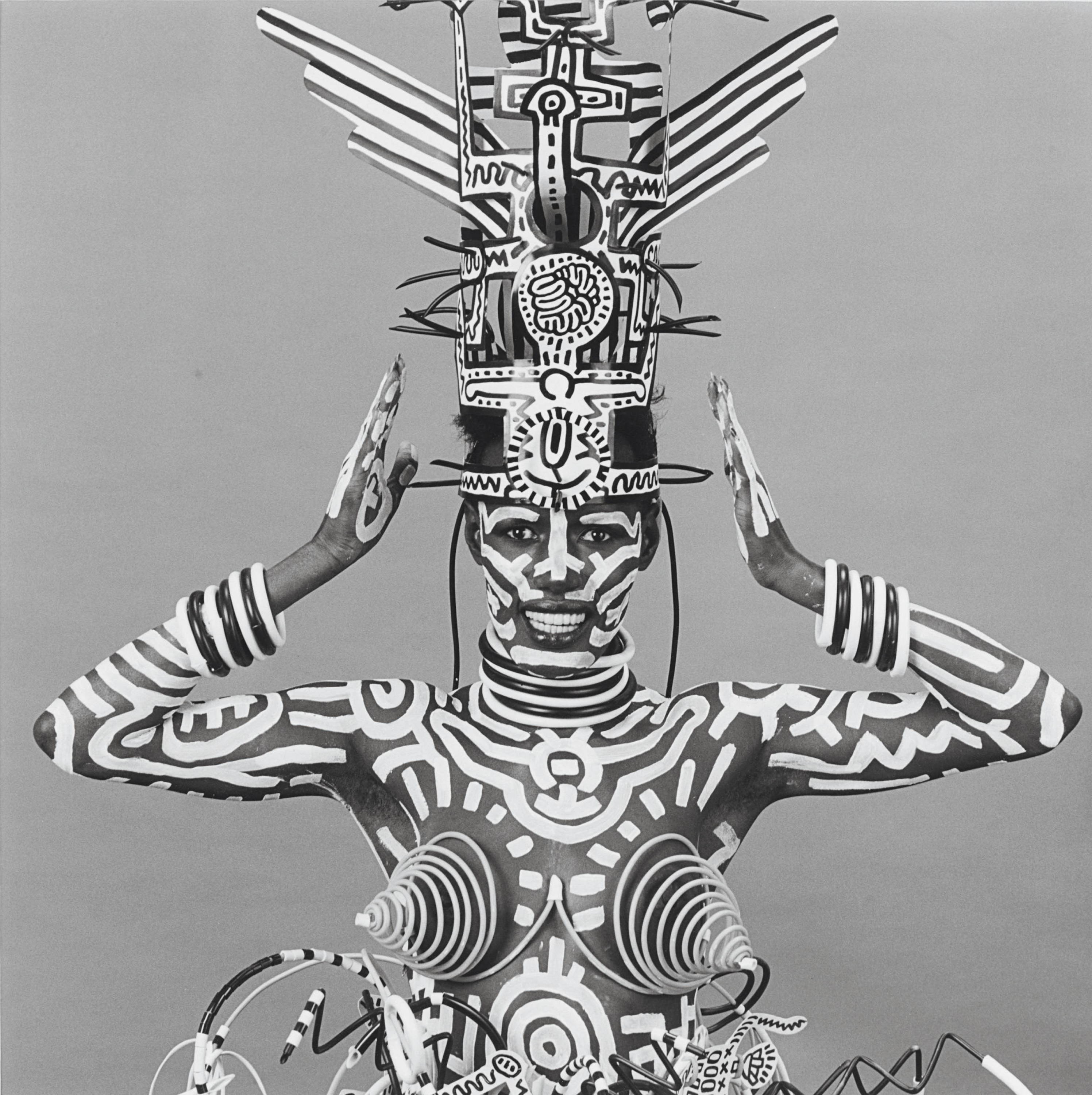 GRACE, a bag transcending bounds, is therefore inspired by none other than Jones, the boxy and structured silhouette manifest the disco queen’s gender fluidity – a woman of toughness. It is as if the daring impulse to express oneself, just like Jones herself, awash with vibrant colors.

Jones propelled the world to reinterpreting femininity being the musical avant-garde, blending elegance with vigor, femininity with masculinity. She was clearly ahead of her time, and still is. 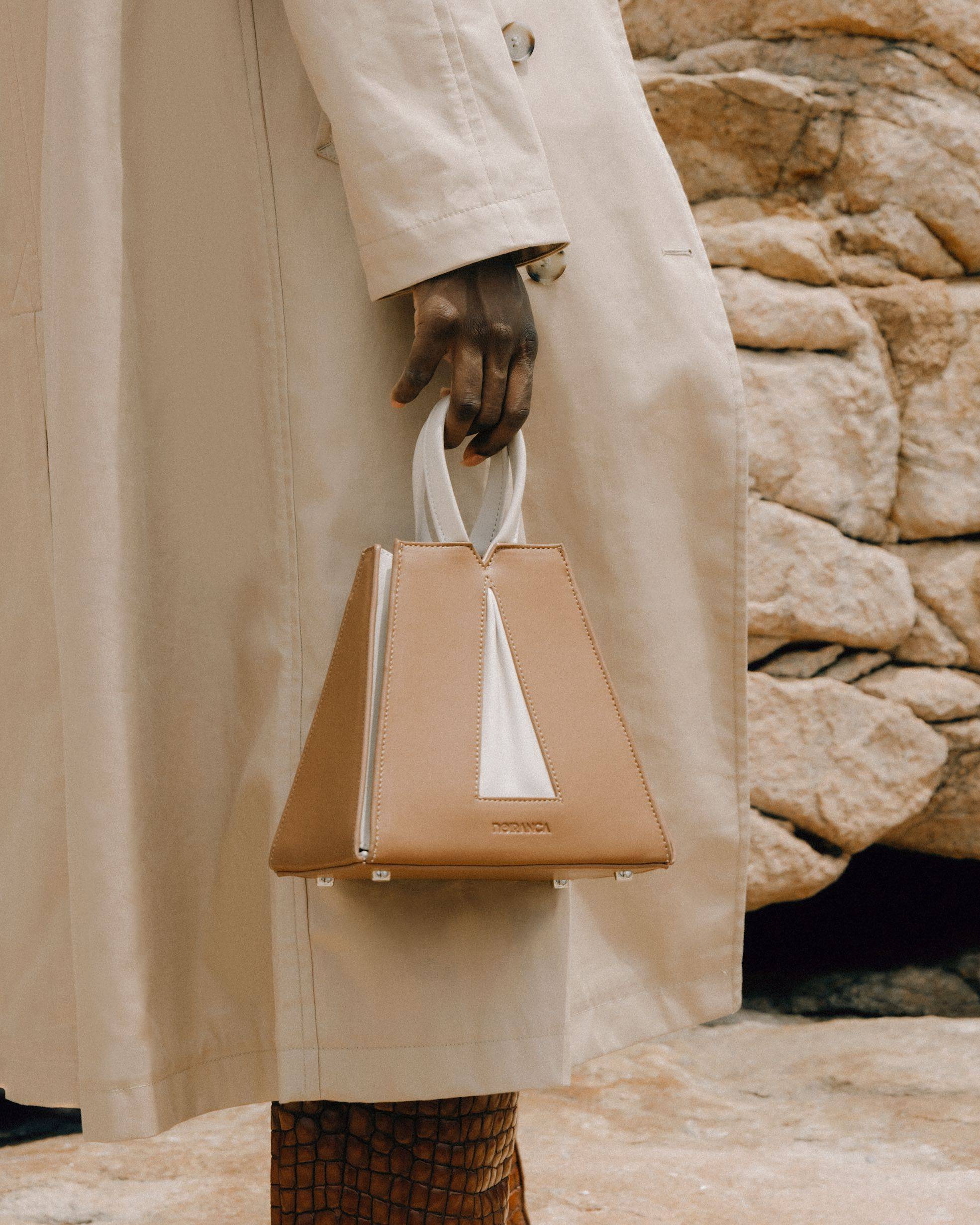