SHE WHO WEAVES PUNK AND POEM INTO ONE:

Penetrating culture at large, “punk poet laureate” Patti Smith has opened doors into genre-fluidity when it comes to art and music. She finds, and thereby experiments, the interconnection between the two realms – molding her very unique sound, if not the Patti Smith genre. 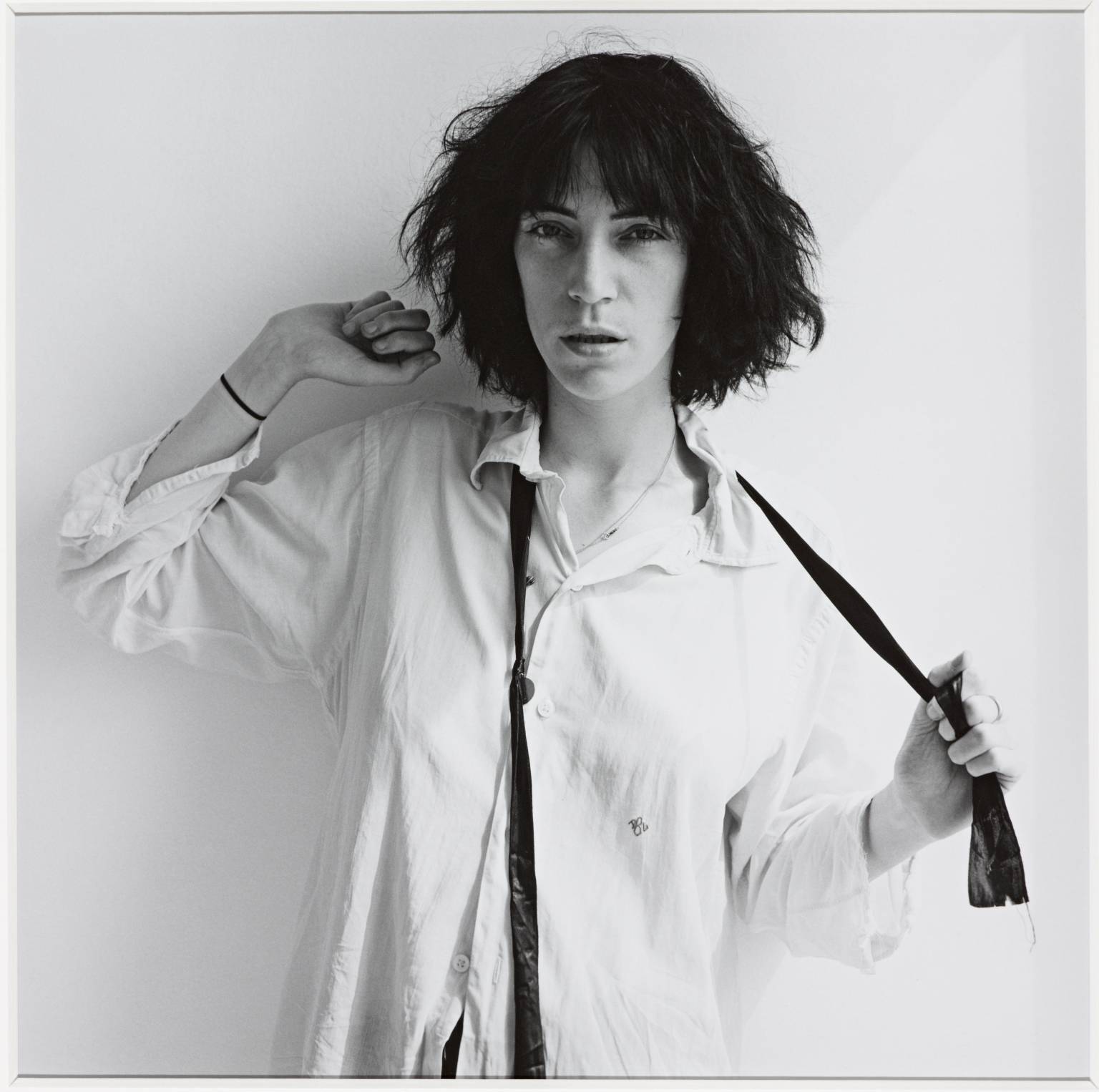 Born in Chicago and raised in New Jersey, Smith rejoiced over poetry – her niche – in high school, and too, the sounds of soul and rock artists, among them the likes of Rolling Stones, the Doors and Bob Dylan. Poetry and rock were, at the time, deemed two polarizing ideals, yet the two harmonized in Smith’s brain like no other. In 1975 she moved to New York City and emerged in the art scene.

Writing poetry while working in a bookstore, she met her lover Robert Mapplethorpe and embarked on an explosive art journey as the two encouraged each other’s work process. Smith continued to immerse in poetry, only deeper, while Mapplethorpe focused on painting and drawing.

“No one expected me. Everything awaited me.”

Smith did not let poetry overtake her love for rock and roll. She publicly performed her poetry thereafter, but it was more than poetry; she added musical elements as she hit stages around New York with the guitarist Lenny Kaye. Improvising poems on top of throbbing electric guitar tunes, there was a particular magic about Smith’s way of poetry, her bohemian sensibility within, perhaps, that cemented Smith a foundation of her pivotal leap into the music scene. 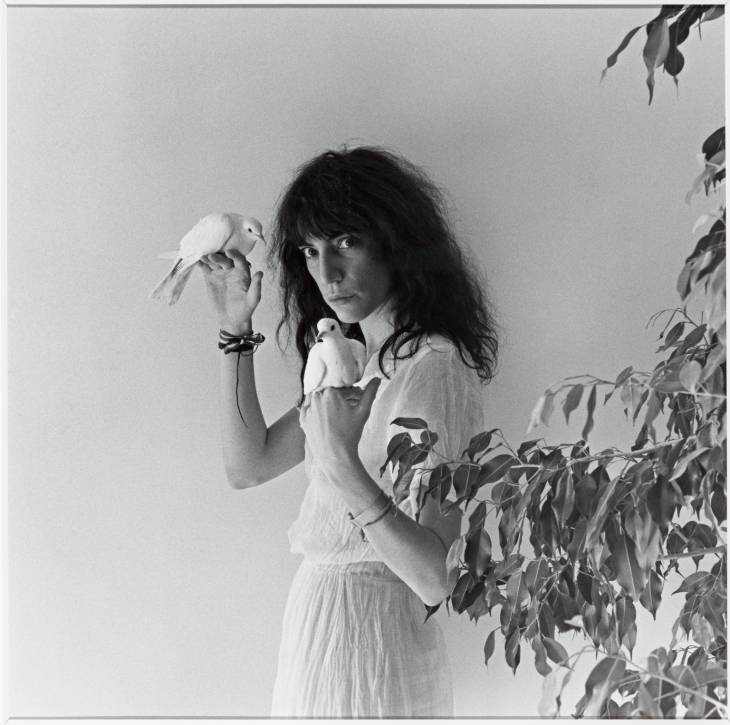 Smith led her way into forming a band with her fellow music aficionados, not long after, where they performed in the downtown club scene. Under the incandescent club lights, she summoned her rock soul to life – as heady rock beats wafted around she hoarsely declaimed her indomitable spirit. She was phenomenal, enthusing rockheads and a cult following of hers, not to mention a record label deal.

Her debut album Horses thrusted into the music scene, with punk-rock-tinged tracks she excavated the uncharted corners of rock, magnetizing punk with poetry. It is, still, her most iconic album to date. One could profoundly feel the tangible, nuanced sounds with so much depth embedded as poetry infiltrates throughout. Even music critics nodded with the music. Smith released three more albums, Radio Ethiopia, Easter and Wave, before taking a long hiatus in her music career. A bummer, punk fans could merely binge-listen to her old releases.

In 1979, Smith retired to Detroit with Fred “Sonic” Smith, whom she married a year later. The couple raised two children in a heartwarming family. Being a mother did not hamper Smith in her way of making music. Her writing process, in fact, prospered upon the musical collaboration with her husband. Their vibrant chemistry birthed their third “child” Dream of Life, of which the radio anthem “People of the Power” made her name everywhere again.

Grief certainly breeds art. The sudden death of her husband and subsequently her brother, not to mention her peers including Mapplethorpe who captured her album art, propelled her to music as a form of catharsis. Reuniting with her bandmates, Smith burst into collective consciousness in Gone Again. Stronger than ever, the record enchanted bits and pieces of her old sound but in a refined fashion. Her creative streak on poetry was simultaneously on the run, The Coral Sea is a poetry book inspired by Mapplethorpe. Her literature catalog kept mounting with critically acclaimed memoirs including Just Kids, M Train and Year of the Monkey, as some delved into social issues and human rights notions.

“Where does it all lead? What will become of us? These were our young questions, and young answers were revealed. It leads to each other. We become ourselves.”

As a multifaceted woman, Smith also seeps into the art scene, if not galleries, with her paintings. Having her artworks exhibited at the Robert Miller Gallery in New York, the Museum Eki in Kyoto, the Pompidou Center in Paris, the Cartier Foundation in Paris and the Museum of Modern Art in New York, she again has reached another height in life. Her art pieces travelled to cities after cities. Yes, she did it again. After all, she’s Patti Smith, a name that resonates with “talent”.

Dubbed the Godmother of Punk, Smith is of paramount influence on the music scene, precipitating the world into such revolutionary movement: where art and rock belong together. On March 12, 2007, she was inducted into the Rock and Roll Hall of Fame. 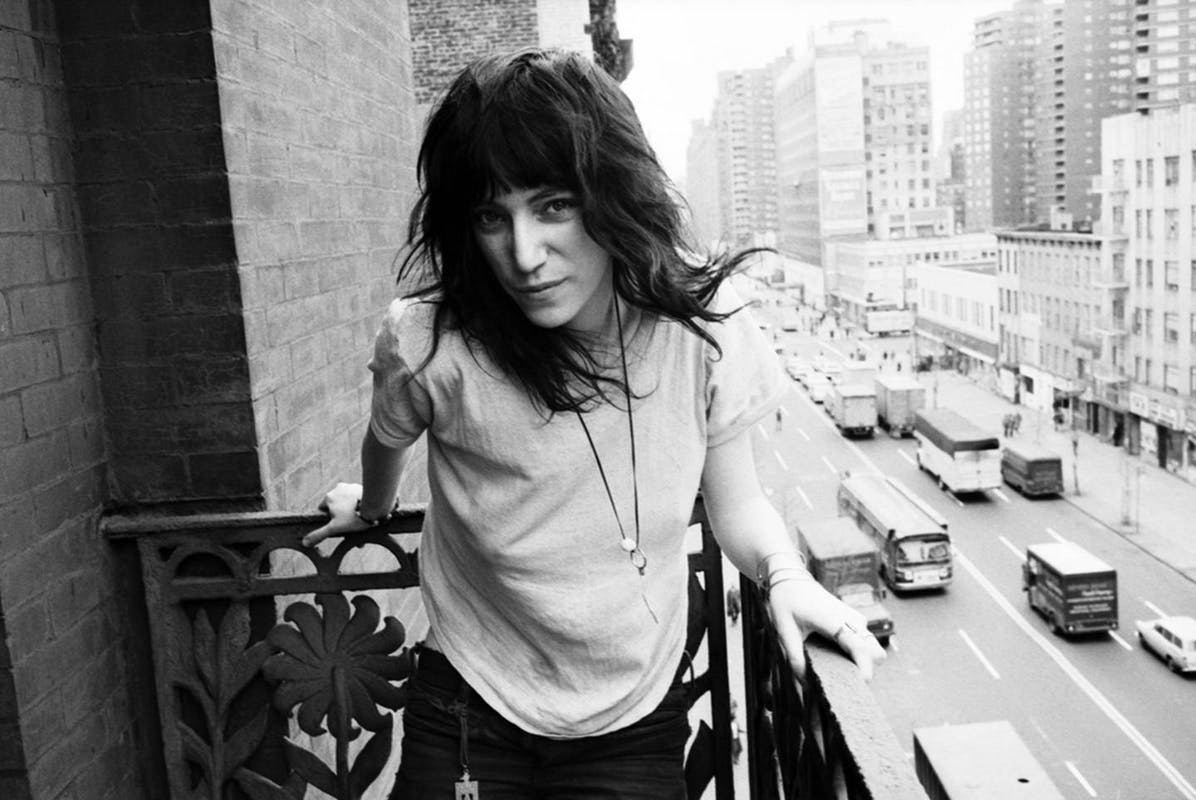 As Mapplethorpe’s soul mate Smith is a recurring sitters in his oeuvre, the portraits capture the androgynous nature of the singer. In one of the images, the white-shirt-clad poet pulls a tie with one hand. Strewed with confidence her stare is almost speaking to viewers of her rebel heart, as well as every side of her. She is confrontational, fearless and vulnerable. 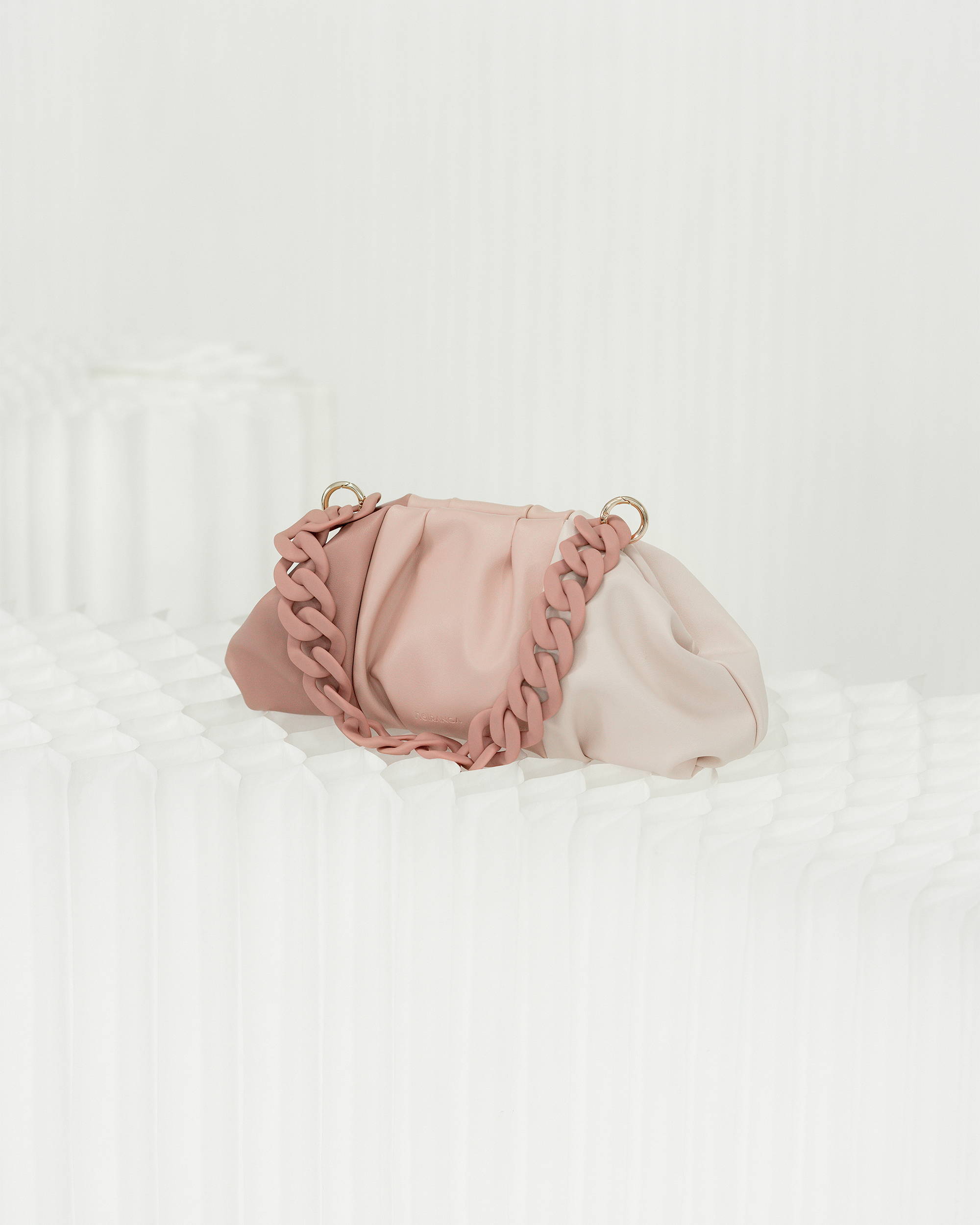 PATTI embodies the artistic trinity in Smith – punk, poet and author – that inextricably weave together as a whole. The three-shade design complements each other, just like how she wears different hats in her arts but still interlinks them together. Embellished with the thick matt chain, PATTI comes off as a rock renegade with complexity and empowerment. The contrast stroke between the supple vegan leather and the chain reveals every layer of the multifaceted women.